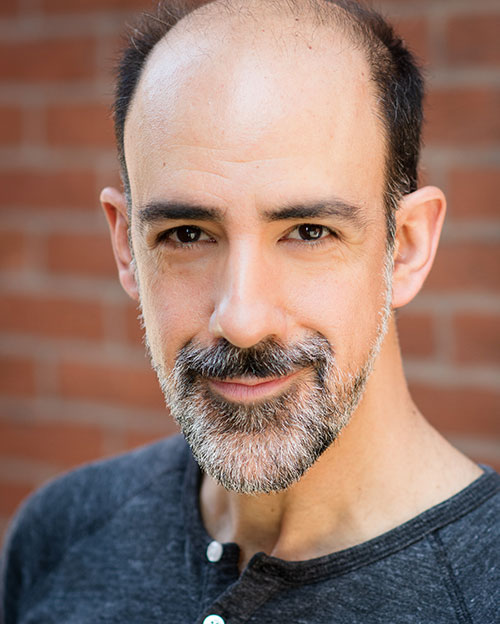 Aram Alan Aghazarian
(Jeu, Absurd)
Aram Alan Aghazarian is a performer, theater creator, and teacher. He is a founding member of Strange Attractor Theatre Company (Sans Everything, Enlightenment On E Floor North, A Terrific Fire). Theater work includes Pig Iron Theater Company (Swamp Is On, 99 Breakups, Pay Up), Team Sunshine Performance Corporation (The Sincerity Project, Punchkapow), Swim Pony Performing Arts (War of the Worlds), Lightning Rod Special (Let the Dog See the Rabbit), Perseverance Theatre, Alaska (Alfred Hitchcock’s The 39 Steps, Eurydice). Aram teaches in the Pig Iron MFA/Certificate program and at Community College of Philadelphia where he teaches Movement and Dance for Actors, and Rehearsal and Performance. He is a graduate of Temple University and the London International School of Performing Arts (LISPA).

Gabriel Quinn Bauriedel
(Program Director, Improvisation, Creation, Seminar)
Quinn is a co-founder and Co-Artistic Director of the OBIE Award-winning Pig Iron Theatre Company. Since 1995, Quinn has been one of the leading artists with the company, co-creating many of the company's 30+ original works of theatre and touring them to venues and festivals in Brazil, Germany, Scotland, England, Romania, Poland, Peru, Italy, Ukraine, Lithuania and Ireland, among others. Additionally, Quinn and Pig Iron regularly present their work in New York City and have toured throughout the States including engagements in San Francisco, Washington, DC, Princeton, Providence, Cambridge, Atlanta, Tampa, Logan (Utah), among others.  He has directed, designed and performed with the company since its inception.

Quinn has taught courses in acting and movement theatre since 2002 at Swarthmore College.  Additionally, he has been on the faculty of the Headlong Performance Institute and has taught courses at Princeton University.  Quinn has taught workshops at the Alternative Theatre Festival in Budapest, with Arts on Location in Bangkok, Thailand, at Les Kurbas Theatre in Lviv, Ukraine, with Cabuia Teatro in Buenos Aires, Argentina, at Teatrul Fara Frontiere in Valcea Rimnea, Romania and at Princeton University, Stanford University, UVA, Wesleyan university, Utah State, Georgetown, American University, and UPenn, among many others.  Additionally, he has taught professional theatre training workshops in Philadelphia, New York, and San Francisco for the past 15 years. 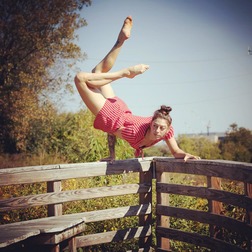 Nicole Burgio
(Acrobatics)
Nicole is a circus artist, performer, and educator. She studied aerial arts at the Philadelphia School of Circus Arts while simultaneously attaining a master’s degree in Clinical and Counseling Health Psychology from the Philadelphia School of Osteopathic Medicine. Nicole also graduated from the New England School of Circus Arts’ professional track program, focusing in aerial arts and partner acrobatics. She has trained circus extensively with coaches from Ecole Nationale de Cirque in Montreal. Nicole has toured as a solo performer to international festivals, theaters, cruise ships, and televised programming in many countries, including Portugal, Latvia, Mexico, Morocco, the Canary Islands, Germany, Scotland, Thailand, and Canada. She has served as an acrobatic consultant, circus coach and ensemble member to Philadelphia’s Almanac Dance Circus Theater. Her solo evening-length work xoxo moongirl, produced by Almanac, received critical acclaim at the Edinburgh Fringe Festival and won Philadelphia’s Barrymore award for Outstanding Choreography and Movement. In 2018 and 2019, she conceptualized and facilitated Proyecto Colmena, an intensive ensemble program at Casa de Artes Circo Contemporaneo in Mexico City. In 2021, Nicole founded The Ready Room, a hybrid virtual/in-person inclusive learning space designed to empower professionals and non-professionals with flexibility, handstands, balance, and acrobatic training. 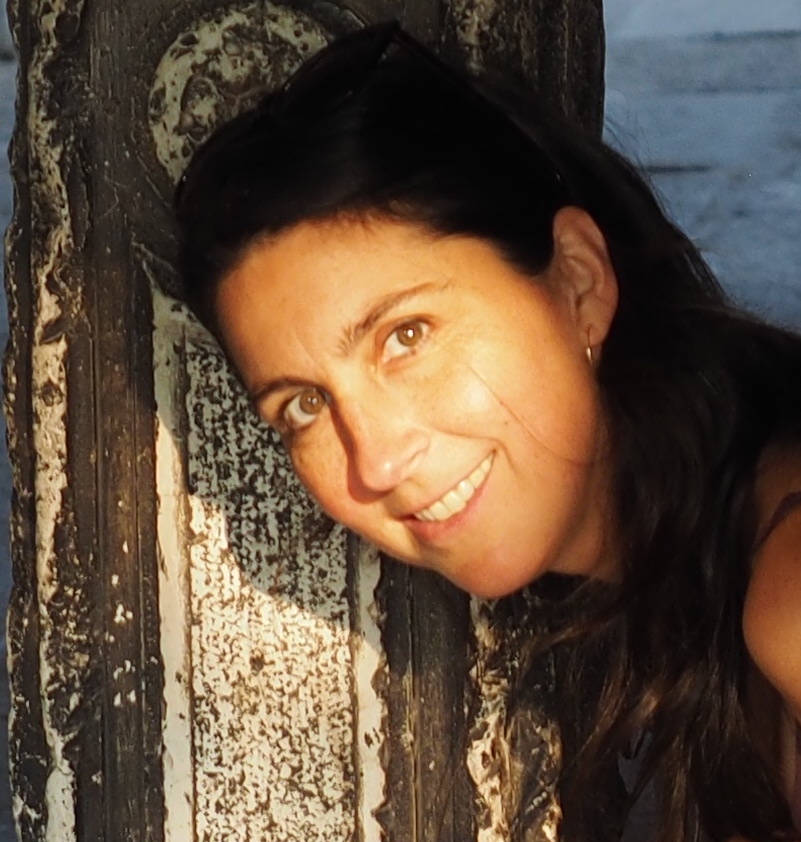 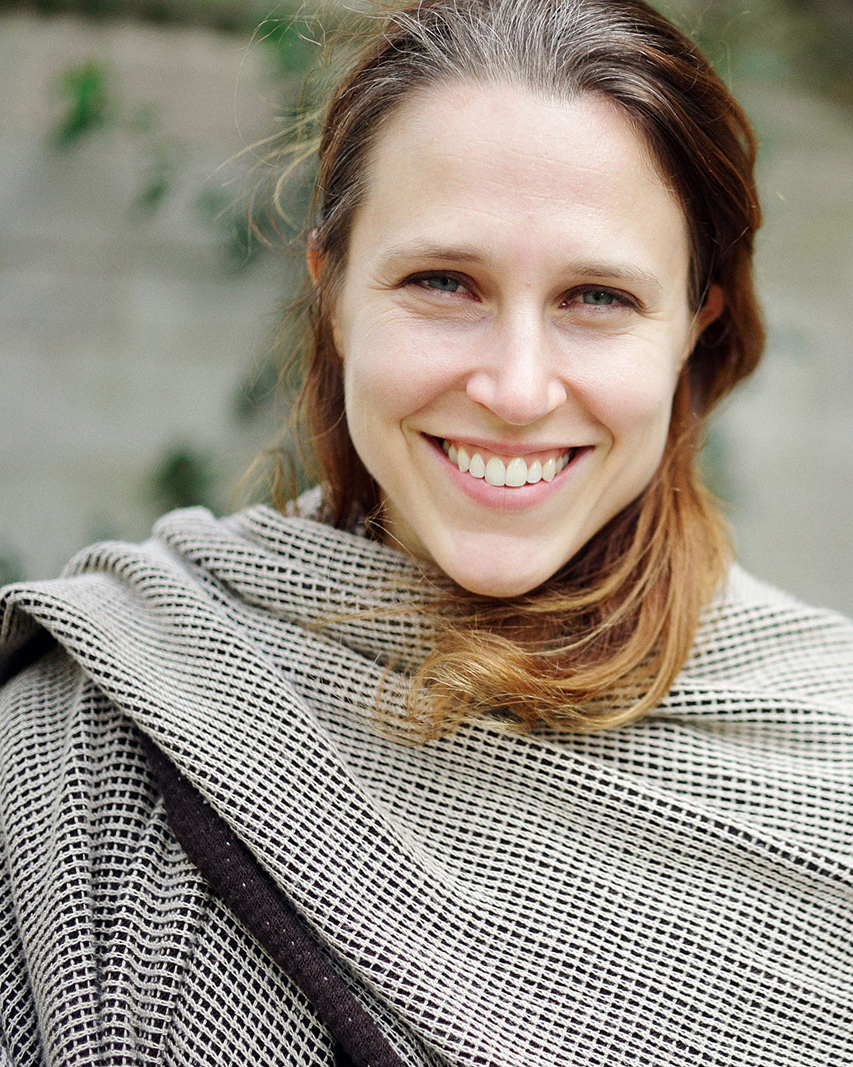 Josephine Decker
(Devised Filmmaking)
Josephine Decker is an award-winning writer, director, and filmmaker who plays deeply with the form of cinema. Her work focuses on women’s interiority and sexuality. Her new feature Shirley, which won Sundance 2020’s U.S. Dramatic Special Jury Award for Auteur Filmmaking, centers around two women whose subtly erotic friendship is both liberating and destructive. In Josephine’s work, you often aren’t sure if what you’re seeing is happening inside the character’s mind or in reality. This ambiguity was most pronounced in her film Madeline’s Madeline, which follows an unstable teenager as she is seduced into using her own personal story for a large role in a theater company. Through the film’s visceral immersive cinematography, editing and sound design, you are often thrust into the first-person perspective of Madeline, an unreliable narrator.  Madeline’s Madeline, scripted through a devised process with ten actors, played Sundance, Berlinale and scores of festivals worldwide. Said to be ushering in a “new grammar of narrative” by The New Yorker, Josephine also explores collaborative storytelling via directing TV (HBO, USA), documentary-making, performance art, VR and teaching. 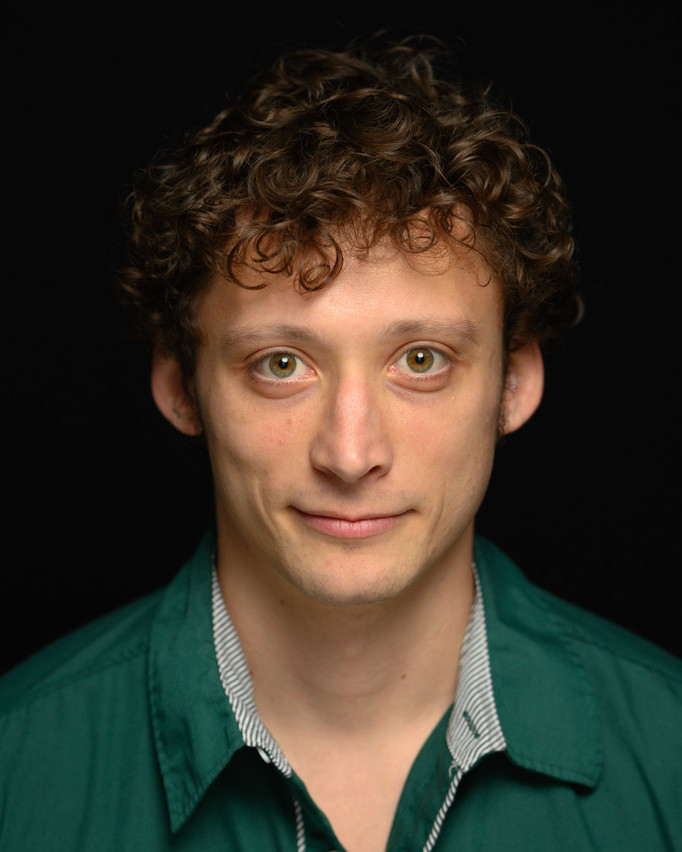 Ben Grinberg
(Acrobatics)
Ben Grinberg is a Philadelphia-based performing artist, director, and educator working at the intersection of contemporary circus and ensemble dance theatre. He is the Artistic Director and a co-founder of Almanac Dance Circus Theatre, a Barrymore award-winning and internationally touring physical performance ensemble, and a founding core faculty member at Circadium, the nation’s first certificate granting program in contemporary circus performance. Grinberg’s work has been presented by FringeArts, New York Live Arts, Bill T. Jones, the Mexico City International Festival of Contemporary Dance, Assembly Festival, Circus Now, and more. A graduate of the Pig Iron School for Advanced Performance Training and of the University of Pennsylvania, he is on Faculty at the Pig Iron/UArts MFA in devised performance and has often collaborated with Pig Iron Theatre Company, Theatre Horizon, Eiko Otake, and Jaamil Kosoko.

Allen J. Kuharski
(History, Theory, & Practice of Ensemble Physical Theatre)
Allen teaches in the Department of Theatre at Swarthmore College, where he holds the Stephen Lang Professorship in Performing Arts and teaches directing, performance theory, and theatre history.  Since 1995, he has directed the Swarthmore Project in Theatre, which provides in-kind grants for performance residencies for Swarthmore theatre alumni and their collaborators, which included Pig Iron Theatre Company for many years.

He co-founded and co-directed Swarthmore’s semester-abroad program for theatre and dance students in Poland.  Allen trained as a set designer at the University of Wisconsin at Madison and was a Fulbright Scholar in Scenography to the Warsaw Academy of Fine Arts, where he studied under the Polish painter and performance artist Józef Szajna.  Before moving to Philadelphia, Allen was active for ten years as a set designer for theatre and opera.  He completed a doctorate in the director/scholar program in the Department of Dramatic Art at the UC-Berkeley, where he wrote the first dissertation in any language devoted to the theatrical work of Polish writer Witold Gombrowicz.  Allen has served as Associate Editor and Performance Review Editor for Theatre Journal.  His articles, reviews, interviews, and translations from Polish and French have been widely published in the U.S., Great Britain, Poland, France, Norway, Argentina, Austria, and the Netherlands.  His translation of Ionesco’s Rhinoceros (done with George Moskos) has been widely performed in the U.S.  Allen’s English-language version of Teatr Provisorium & Kompania Teatr of Lublin’s adaptation of Gombrowicz’s novel Ferdydurke received a Fringe First in Edinburgh and toured widely both nationally and internationally between 2000 and 2008.

As a performance curator, he has co-commissioned Pig Iron’s Shut Eye (2001; done in collaboration with Joseph Chaikin) and Hell Meets Henry Halfway (2004; text by Adriano Shaplin; winner of an OBIE Award in 2005), as well as The Riot Group’s Hearts of Man (2006; written by Adriano Shaplin), along with American tours and residencies by Teatr Provisorium & Kompania Teatr, choreographer Jacek Łumiński and his company Silesian Dance Theatre, and director Michał Zadara and his company CENTRALA.  With his Swarthmore colleague Barbara Milewski, Allen presented the North American premiere of CENTRALA’s Chopin Without Piano in Swarthmore and Philadelphia in 2015.  Allen has received the Order of Merit for Polish Culture (2002) and the Stanisław Ignacy Witkiewicz Award (2006; given by the Polish chapter of the International Theatre Institute/UNESCO). 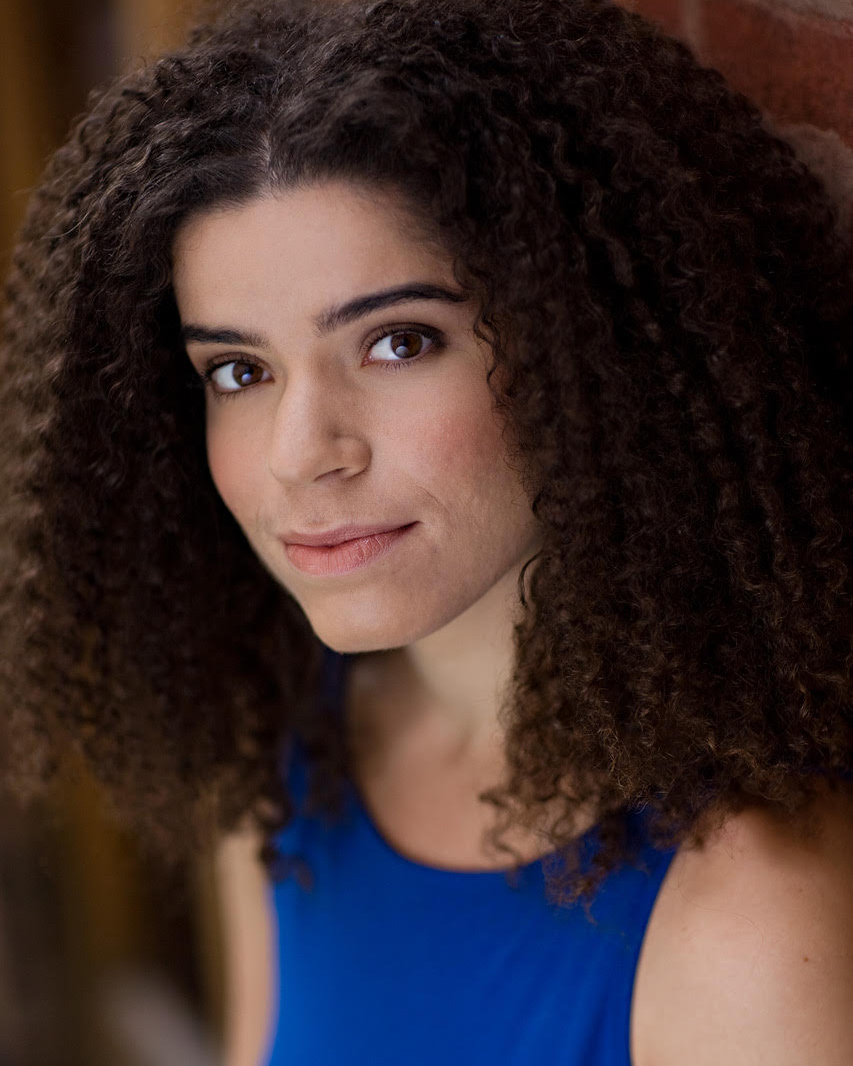 Audrey Pernell
(Voice)
Audrey Pernell is an American performing artist and Roy Hart Centre Voice teacher with professional certificates in Vinyasa Yoga, Yoga Psychology, and Therapeutic Massage presently residing in Santiago, Chile. She began her journey into Roy Hart work with Jonathan Hart Makwaia as a theater student at Swarthmore College near Philadelphia. Since 2006, she also has worked with Pantheatre at the Roy Hart International Arts Centre in southern France, as well as in Paris, New York, and Santiago. Under the mentorship of Linda Wise, she completed a self-designed master’s degree in Voice Performance and Pedagogy through Antioch University Midwest in 2011, and officially joined the family of Roy Hart voice teachers in 2015. In Santiago, Audrey has taught at various universities and private academies, working with actors, singers, dancers, musicians, as well as with speech therapists, psychologists, and fellow voice pedagogues. Alongside her husband, Chilean performer and voice teacher Andrés Zará, she co-directs Rumbos Voice Studio. Over the past ten years, they have developed numerous projects and workshops investigating the human voice’s vast expressive and creative potential. 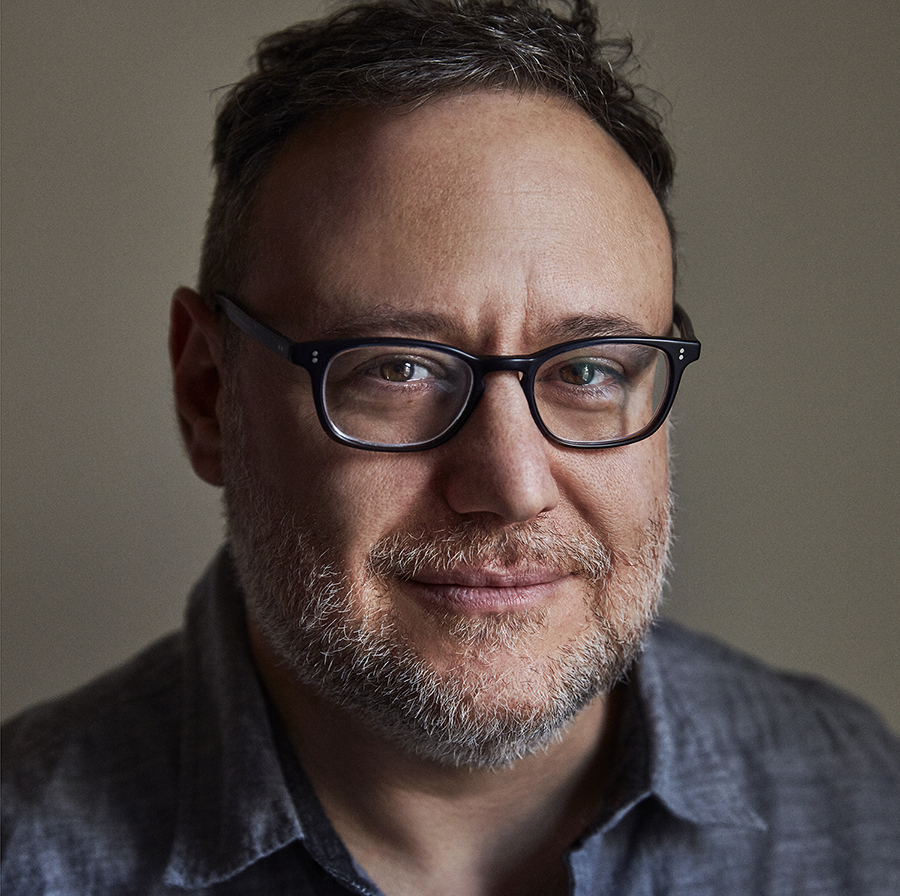 Dan has taught workshops to MFA students at Brown, Yale, University of New Mexico, University of Texas Austin, and Stanford; and semester-long courses for undergraduates at Swarthmore, UArts, and Princeton.  Internationally, Rothenberg has taught workshops to professional actors in Brazil, Sweden, Turkey, South Africa, Germany, Poland, Peru, Argentina, Scotland, and India.  Outside of Pig Iron, Dan has directed three critically-acclaimed English-language premieres of plays by Toshiki Okada for the Play Company in NYC, as well as a national tour for the Acting Company, with stops at the Guthrie, New Victory, and Lincoln Center.   He designed sound for painter Alexandra Grant’s solo show at MOCA in LA, and directed the Berserker Residents’ Annihilation Point (Phila. Fringe  & Abrons Arts Center). 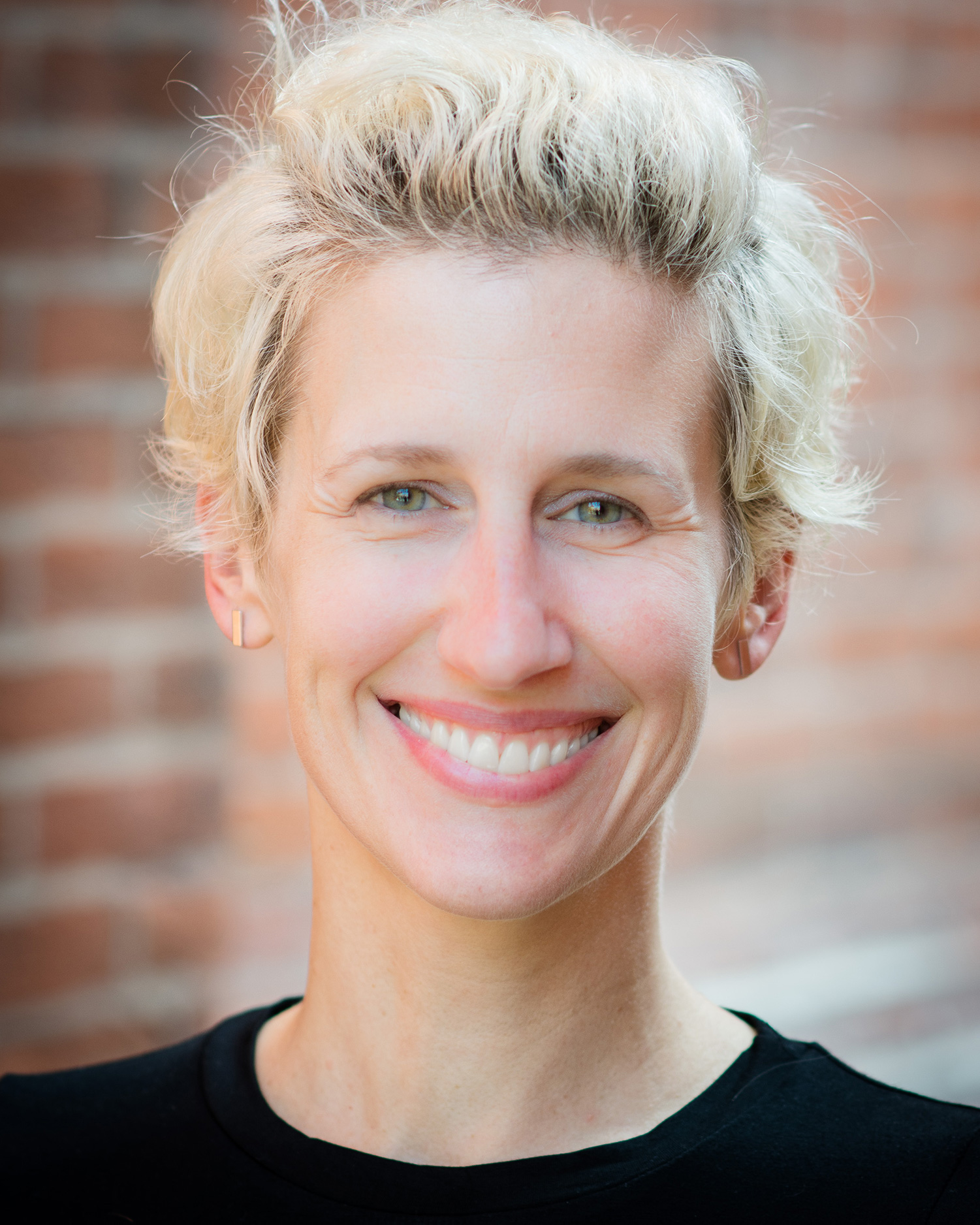 Sarah Sanford
(Movement Analysis, Performance Dares, Bodies and Games, Creation, Pedagogy)
Sarah Sanford is a Philadelphia-based theatre artist and teacher.  She has been core faculty at the Pig Iron School since its inception in 2011.  Sarah joined Pig Iron in 2001 to make Shut Eye and then became a company member, co-creating and performing in Twelfth Night, Hell Meets Henry Halfway, and 99 Break-ups, among others.  Locally Sarah has acted at the Arden, Wilma, Lantern, Theatre Exile, BRAT, Mauckingbird, and Montgomery Theatre and has toured internationally with Pig Iron, Jo Stromgren Kompani, Volcano, and The Riot Group.  Sarah also directed the 2015 FringeArts premiere of Underground Railroad Game, a show that went on to win an Obie for Best New American Theatre Work and garner international acclaim.  Sarah has been choreographer/movement consultant for shows at Villanova Theatre, The Acting Company in New York, Quintessence Theatre, the Lantern Theatre, and Friends’ Central School.  Additional teaching work includes adjunct positions at Swarthmore College and Villanova, leadership and play-making workshops through Wharton Business School, and numerous professional and pre-professional theatre intensives. Sarah is a graduate of École Jacques Lecoq and winner of the 2010 F. Otto Haas award for Best Emerging Theatre Artist. 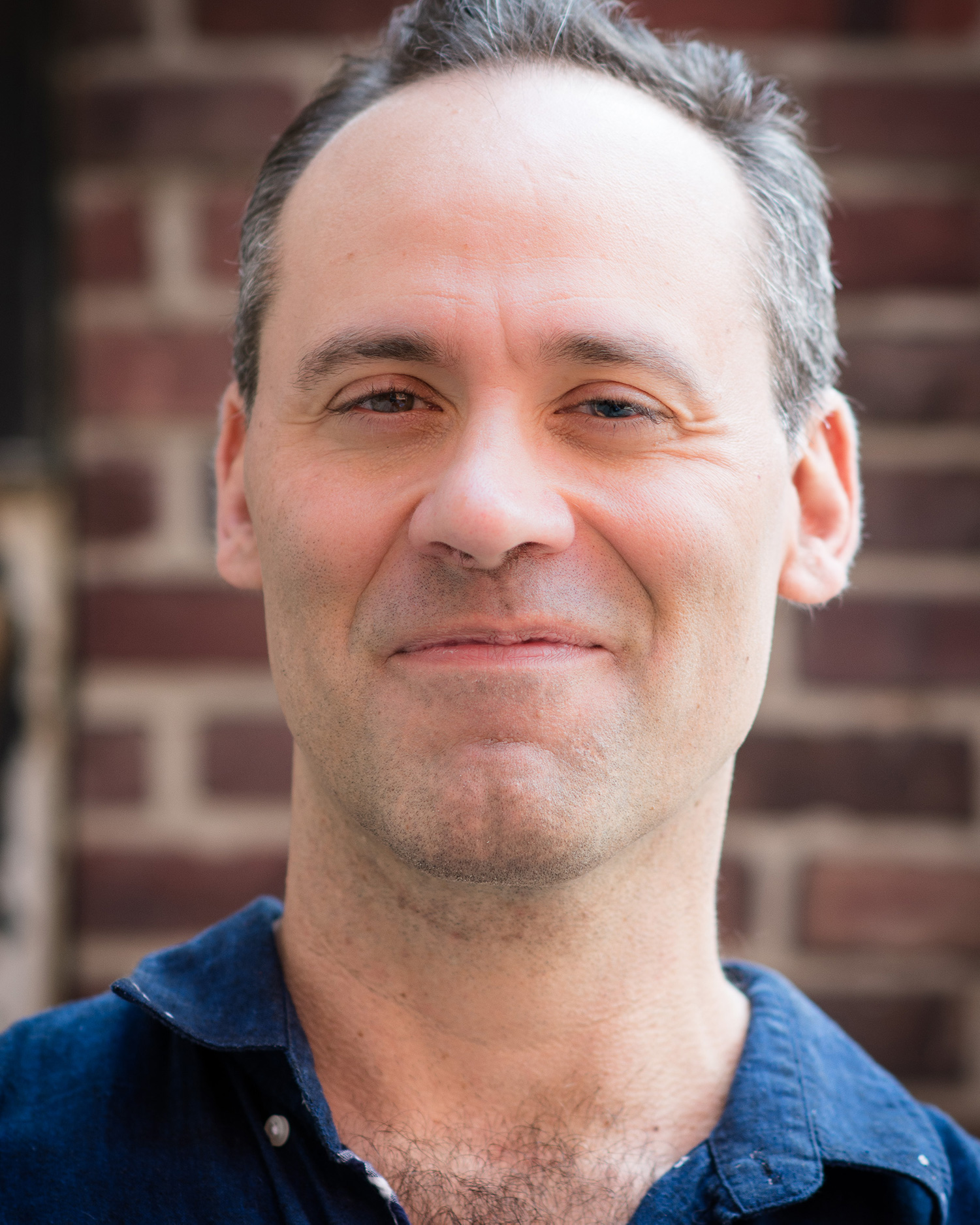 Dito van Reigersberg
(Cabaret, Open Canvas)
Dito is a co-founder of Pig Iron Theatre Company and has created and performed in almost all of Pig Iron’s productions since 1995, including the OBIE-winners Hell Meets Henry Halfway and Chekhov Lizardbrain.  A graduate of Swarthmore College, he trained at the Neighborhood Playhouse and the Martha Graham School of Contemporary Dance.  He has also performed with Headlong, Azuka, Mauckingbird, the Arden, Bearded Ladies, Rude Mechs, 1812 Productions, The Civilians, and Nichole Canuso Dance Company.  He is a Barrymore Award recipient for Best Ensemble for Mission to Mercury and for Best Choreography for Cafeteria (Pig Iron), a Barrymore nominee for Best Actor in a Musical for Hedwig (Azuka), as well as a Helen Hayes Nominee for Best Leading Actor for Hell Meets Henry Halfway.  With his Pig Iron cohorts Dan Rothenberg and Quinn Bauriedel, he was named a Pew Fellow (2002) and a Knight USA Fellow (2010).  Dito’s alter-ego Martha Graham Cracker is famously "the tallest drag queen in the world.”  Her monthly cabaret series at L'Etage in Philadelphia has been running for over 13 years.  Along with her extraordinarily tight band, she has performed regularly at a wide variety of venues including the Philadelphia Museum of Art, Joe’s Pub, and the Mayor’s Reception Room in City Hall.  He recently made Lashed but Not Leashed, an original cabaret of songs for Martha and her librarian fantasies, at the Kimmel Center and performed it at the Under the Radar Festival at Joe's Pub.